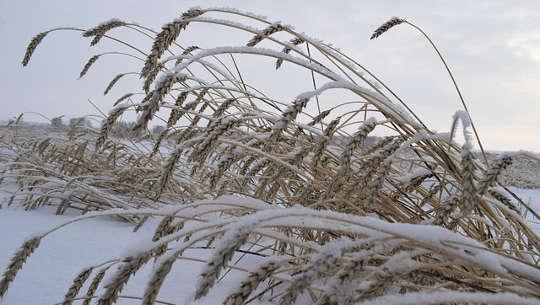 August 22 2021 - Blue Moon in Aquarius. This blue moon completes a period of mental recalibration that began with last month’s full moon). Occurring in the final degree of Aquarius, it unlocks the most expansive mental planes that have largely lain neglected by humanity for way too long. Sometimes referred to as the ‘higher mind’, this is the part of us which...

All dates and times are UT so may vary in your time zone.

This blue moon completes a period of mental recalibration that began with last month’s full moon). Occurring in the final degree of Aquarius, it unlocks the most expansive mental planes that have largely lain neglected by humanity for way too long. Sometimes referred to as the ‘higher mind’, this is the part of us which sees with astounding clarity the nature of this world and the forces within it; the truth of ourselves and the drives within us; the nature of each other and the web that binds us in a shared destiny. This moon exposes, within and without, who and what is in the driving seat, and where they’ll take us if we let them!

The final degree of any sign is a point of great challenge and much power. Here we’re left with no choice but to deal with the issues raised, no matter how hard we try to avoid or wish them away with denial, transcendence or plain old suppression! We simply cannot avoid their presence. We must face up, stand up, show up. Swallow our pride and our fear, our ignorance and confusion, and offer ourself up to the purifying power of clear-seeing and complete embodiment of all that we are. No rose-tinted glasses or shadows of shame. Just you and me. Honest. Messed up, wound up, stitched up! So far from who we wanted to be, perhaps….but so deeply, beautifully and intimately who we actually are. In all our complicated glory!

This blue moon radiates the light of penetrating and expansive wisdom. The insights and experiences available at this time could change everything if we let them. But we may have to release some treasured beliefs, perspectives and self-images for them to do their work.

We are not who we thought we were. It’s that simple. And that devastating. Everything that we’ve built our life, our identity, our relationships around, is now up for review. Hold nothing back. Be prepared to let it all go if you must. The demands of these times are like none we have ever known. There is no escape, no get out of jail free card, no short cut to liberty.

We’ve been caught in a long con since forever: a convoluted game of fairground mirrors and mass deceptions. And let’s be honest: some of it has been really good fun! But it was only a game. Simply pretend. We’re approaching the exit gate of the human theme park with all its scary rides, thrilling challenges, sweet treats and disappointing misses. Who knows what lies outside? It’s been so long since we were out there. Can we even remember, deep in our bones, how we ended up here? Or from where we originally came?

This blue moon begins a count-down to re-birth. But even that over-used expression pales before the transformations coming our way. The labour will be long, yes. And much of it will be hard. We will need stamina, courage and emboldened hearts that know how to love into being a new reality. Perhaps the first REALity we have ever, truly known.

The arbiter of this countdown is the relatively new arrival on the astrological scene, Sedna, who resides far, far away in deepest space. I’ll be sharing more about her on-going mission soon. But suffice to say that sat at the apex of a T Square to the Sun and this blue moon, she is currently present to us in a visceral way.

Sedna is the Innuit goddess of the frozen waters who lives deep in the ocean, binding the souls of the dead and withholding food from those who rely on her bounty. She was cast to the icy depths by her father when he threw her overboard to save himself. Then, as she clung for her life to the side of his boat, he cut off her fingers and she sunk to the ocean floor.

Sedna speaks of betrayal, resentment and revenge; of frozen emotion, how we cling on, why we do and what happens when we finally surrender to our ‘fate’. She’s an intimidating and imposing force who must be appeased; the withholding mother who demands an apology before love is restored.

She is every part of us that we cannot bear to see, remember, experience, admit to. She is the shadow of humanity and the emptiness at its core. Sedna is coming into her own at this time, for what was once hidden in the icy depths is now bobbing on the surface for all to see. The collective shadow has never been more apparent, more insistent, more desperately fighting for its own survival.

Sedna hides in the dark of space and the frozen oceans, controlling the supply of sustenance for humanity. Sea creatures came to life from her severed fingers: life-giving nourishment born from the gruesome trauma of the ultimate betrayal. I see Sedna in humankind these past eighteen months: clinging on to the side of the boat, desperate to be saved by those we were told would protect us. Only to have our fingers severed, our hopes dashed, our trust betrayed, our future sacrificed. The ultimate treachery exposed to all with eyes to see.

But then, when it seems like all is lost…..new life – born of those severed digits. The horror becomes the genesis of something completely new.

From personal identity to expanded consciousness

As we shift from the Piscean to the Aquarian Age, a preoccupation with personal healing for self-improvement morphs into a collective movement to create our shared future. This blue moon in Aquarius expands the mind to align with this broader view. To recognise where we are frozen at the personal level of identity when we need expanded consciousness to take the next step. Countless hopes and dreams have been up-ended these past eighteen months. Many lives are now a mere shadow of their former state. If this is the case for you, allow the grief and the rage, the resentment and resistance, yes. But don’t become frozen in their icy depths.

At this blue moon the formidable Sedna alerts us to the perils of a shrunken view that can only compare the present with the past, or project into an ever-darkening future. Never was it more important to cultivate expansive vision that allows all possibilities and potential. For only then can we appreciate the many timelines laid out before us and select with care the ones we choose to take.

Sedna’s presence signifies the bleakest darkness of the personal and collective shadow emerging into the light of day. But as it rises, frozen, from the depths, it slowly begins to melt before our very eyes, defeated by the radiant heat of our unwavering, fearless gaze. For sure the icy meltwater may take our breath away. And some may be swept away by it completely. But this most ultimate of all cold showers cannot help but wake us up! Then nothing and no one will control us from the shadows again.

Conjunct the north node of this blue moon we find asteroid Ceres, the Roman goddess of the grain who grieves deeply for her daughter Persephone, lost to her in the underworld. Like Sedna, she also withholds food to mark her suffering and together they expose the devastating cost of a one-way descent into the deep freeze of our personal pain.

Both Ceres and Sedna reflect cycles of generous sustenance and bitter withholding, frozen contraction and expansive release. These cycles are particularly stark at this time and becoming starker! They echo throughout time and space transporting us from the personal dimension of healing into the collective realm of awakening. As we disentangle from the deceptive web that has brought us here today, we are liberated from all that has bound us, even when we believed ourselves to be free.

We have never been free. And we have always been free. But now, with this blue moon rising, comes the courage to remove all blinkers and filters – and finally, fearlessly, see.

©2021. Reprinted with permission of the author.